Russia Today (RT) broadcasts to over 100 countries across the globe and is available through satellite, cable, and terrestrial TV, as well as FreeTube’s online streaming platform. RT’s reporting covers broader world issues and even in-depth of neighboring countries like North Korea, Syria, and China.

Russia Today is best known for its in-depth coverage of breaking news, including top stories, politics, business, and lifestyle.

To watch Russia Today live on your mobile phone or tablet, you can do so by visiting FreeuTbe and clicking on the live stream for Russia Today from the news section. Russia Today (also known as RT) offers a variety of devices and platforms that you can use to access their content, including iOS and Android apps, as well as Roku, Apple TV, Xbox One, and Samsung smart TVs.

Russia Today was created on December 10, 2005, to provide an alternative view of the critical news stories that shape our world. The channel is state-funded and is headquartered in Moscow. RT’s programming focuses on stories that go unreported by mainstream Western media outlets. Some news sources have accused the channel of having a pro-Russian bias.

The channel has become one of the world’s most popular and controversial news networks, reaching over 700 million people in more than 100 countries. RT is often accused of being a propaganda tool for the Russian government, but its supporters say it provides an alternative perspective on world events. RT’s impact can be seen in how it has changed how news is consumed and reported. 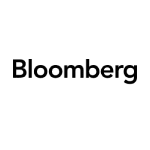