Launched in 1999, The Connecticut Network aims to provide transparency in governance, politics, and the electoral process by broadcasting live coverage of public policy meetings and other public interests. Based in Hartford, Connecticut, the channel airs gavel-to-gavel meetings from the House of Representatives and State Senate, as well as the airing of meetings and public hearings of legislative assemblies. 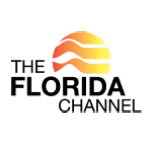