TruTV is an English entertainment based in USA that broadcasts reality and prank tv programming. How to watch TruTV live streaming.

TruTV was founded in 1991 in Atlanta, Georgia, USA, originally under the name Court TV a station based on true crime-themed programs and legal dramas. The channel was rebranded in 2008 as TruTV with a focus on comedy-based reality programming, including a focus on the cornerstone show Impractical Jokers.

Under the rebrand as TruTV, the television channel started by Time Warner was focused on reality shows that had real-world consequences, including Black Gold, Hardcore Pawn, World’s Dumbest Criminals, and content that highlighted the real-world consequences of events occurring on the street. However, as part of a re-branding, the channel re-aligned and shifted to more comedic programs to drive the growth of the network. Leveraging the popularity of comedy-oriented and partially scripted sketch comedies, TruTV has realigned to run marathons of reality competitions.

Impractical Jokers first aired in 2011 as a hidden camera and cringe comedy born out of the popularity of viral youtube pranks. Comedians are pitted against each other in a series of competitive dares and stunts, with other participants rating the performance. The prankster with the least favorable results is given a punishment that is intended to embarrass them in front of the unsuspecting general public. Usually, this takes the form of the loser receiving instructions and commands they have to carry out thorough surveillance equipment worn by the panelist.

How to Watch TruTV Live Online 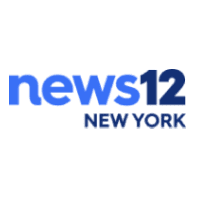